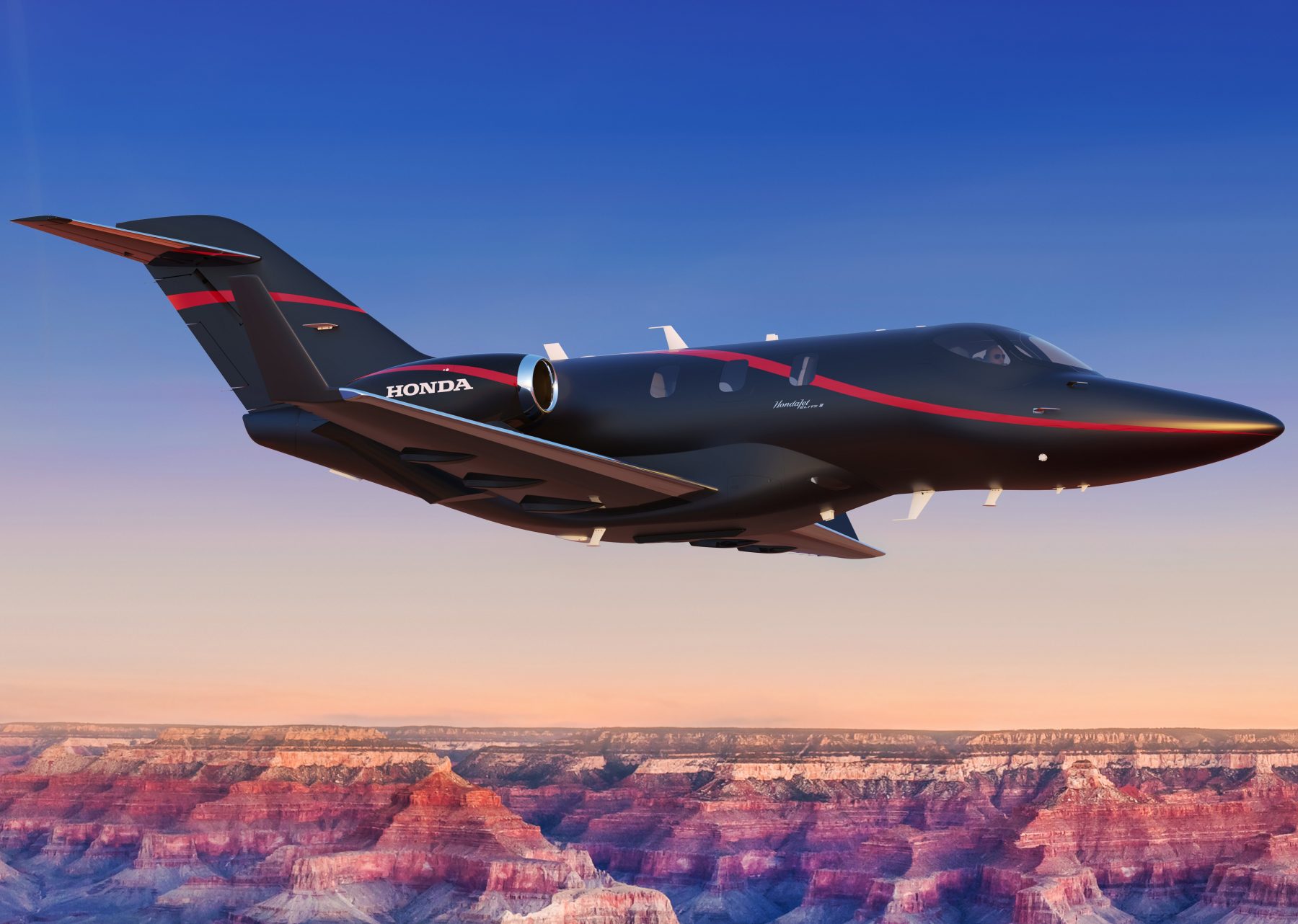 Through Honda Aircraft Company’s constant pursuit of innovation, the HondaJet Elite II is the fastest, highest, and farthest flying aircraft in its class, achieving a whole new level of performance that redefines what it means to be a very light jet. With an expanded range of 1,547 nm, the Elite II now extends HondaJet’s reach to more destinations while maintaining its position as the most fuel-efficient aircraft in its class. The addition of ground spoilers completes the performance upgrades, optimizing takeoff and landing field performance.

“The HondaJet Elite II once again pushes the boundaries of its category on all fronts of performance, comfort, and style,” said Hideto Yamasaki, President & CEO of Honda Aircraft Company. “We are also excited to take our aircraft forward on the journey of automation by bringing new technologies to the market next year.”

With the announcement of its journey of automation, Honda Aircraft Company also plans to introduce Autothrottle and Emergency Autoland by the end of 2023. This direction encapsulates the continuous effort to improve the HondaJet through automation, augmentation, and situational awareness technologies, to enhance operational safety and reduce pilot workload while aligning with global Honda’s commitment to advances in safety technology.

The HondaJet Elite II features a fully redesigned cabin and the introduction of two new interior design options – Onyx and Steel, featuring new surface materials and colors. The cabin redesign led to a modern luxury of flight experience with a holistic approach to comfort that includes a nose to tail acoustic treatment, creating a tranquil space for both passengers and pilots.

Outside, the Elite II introduces a bold new Black Edition paint scheme that further differentiates the ramp appeal of the aircraft.

As the European HondaJet representative, RAS is very much looking forward to the HondaJet Elite II!