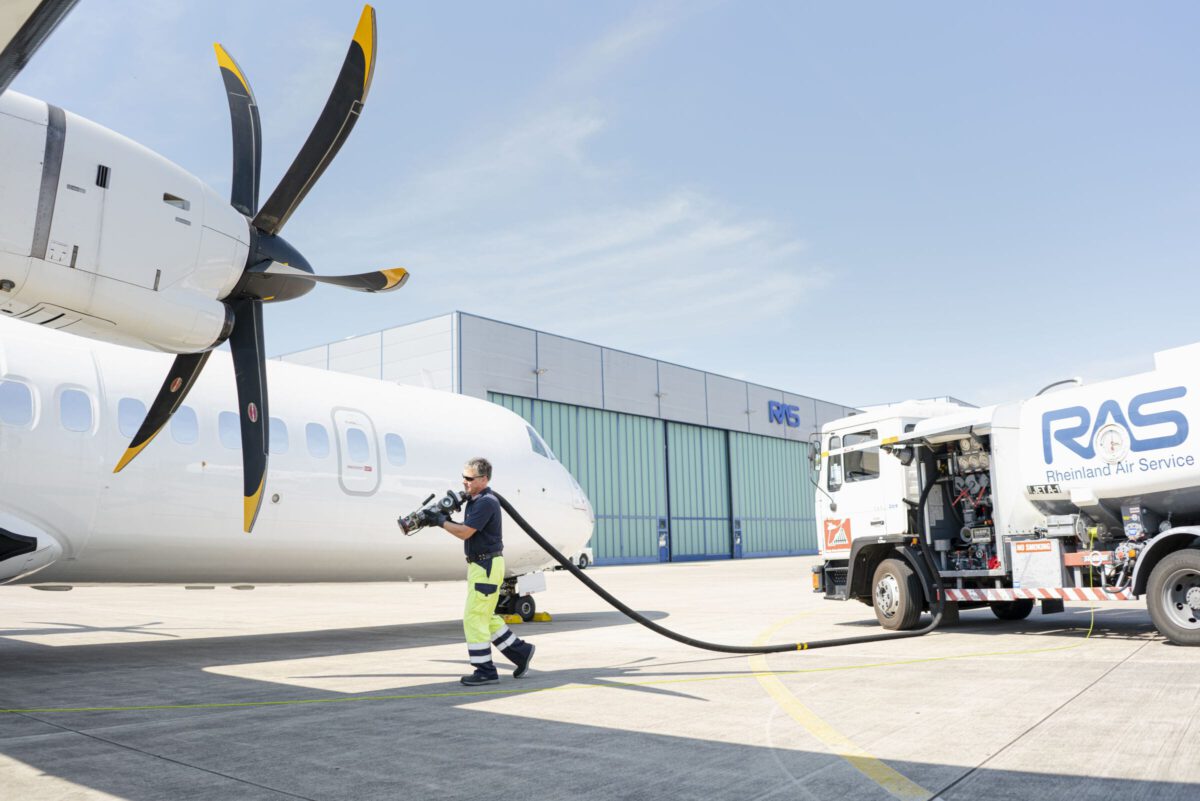 Centrally based at Düsseldorf’s Moenchengladbach Airport, RAS is an EASA Part 145 and Part 21 approved organization. The company, which also holds approvals from Russia and Bermuda, provides certified base maintenance for the ATR 42/72 series. Additionally, RAS is authorized on the Boeing 737 series, the Airbus A320 family, Bombardier Dash 8s, Jetstream 31/41, and Fokker 50 aircraft.

Building on their base maintenance expertise, RAS has also launched three new ATR 42/72 line stations throughout Europe so far in 2012:

“We help our customers wherever they need us,” said Walter Lange, COO for RAS. “This dedicated support of our customers’ needs is a key to our success, and their success.”

To efficiently manage its generous $5 million USD warehouse inventory of parts, RAS recently invested in a new Maintenance Management System. This computer system manages the inventories and reorders to ensure that parts are available when needed.

Another way that RAS ensures an exceptional variety of parts is by dismantling aircraft. In February 2012, RAS dispatched a mobile repair team to Warsaw, Poland, where the team disassembled an ATR 72-202 that RAS bought from EUROLOT. The aircraft was dismantled for parts and shipped to RAS’ Moenchengladbach facility in just 17 days. While the fuselage required a special truck, RAS’ own large truck transported the wings and stabilizer.

Extraordinary parts and repair capabilities like that are why RAS has performed 450 ATR work orders in the last 12 months, including 70 engine changes and 100 Boroscope inspections. New ATR customers since era2011 include B&H Airlines, Belle Air, Danube Wings, and Willis Lease.

In addition to launching new line stations, and further broadening their ATR service and parts capabilities, RAS recently opened a new fueling station for the General Aviation Terminal at Frankfurt International Airport in Germany. With this fourth airport fuel location in Germany, and ten years of fueling experience, RAS assures fast, in-time fueling for their customers.

Having celebrated its 40th anniversary, RAS is one of the largest MRO companies for ATR base maintenance in Europe. The company employs about 130 people at its headquarters, its hangar in Duesseldorf-Moenchengladbach, in Duesseldorf-Weeze, Frankfurt-Hahn and Munich Executive Airport (Oberpfaffenhofen). For airlines, business and privately-owned aircraft, RAS provides qualified, EASA-certified maintenance and repair. For ground handling at airports, RAS offers a wide range of services. In Munich (OBF, EDMO) and Moenchengladbach (MGL, EDLN), RAS provides support for passengers and crews, as well as comprehensive services for aircraft supply. At the airports in Duesseldorf-Weeze (NRN, EDLV), Frankfurt Hahn (HHN) and Moenchengladbach (MGL), RAS also offers aircraft refueling services. In addition to the fueling services, RAS owns a state-of-the-art fuel farm at Duesseldorf-Weeze airport, which is operated by their subsidiary, TLR. www.ras.de