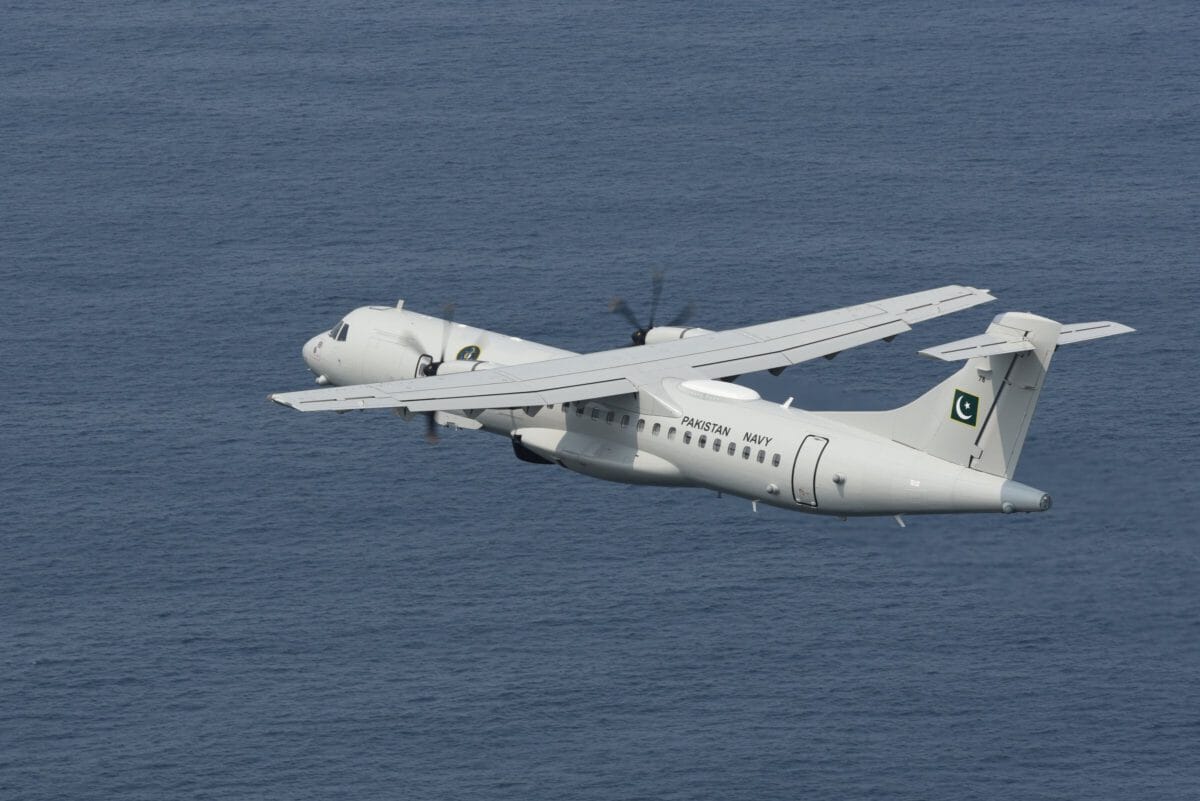 RAS, Rheinland Air Service, has delivered a second aircraft to the Pakistan Navy.

The aircraft, known as RAS 72 – Sea Eagle, is part of a multi-year contract signed in 2015 for equipping the Pakistan Navy with a modern fleet of maritime patrol aircraft. The first aircraft of the fleet was formally handed over in June 2018 and the second aircraft has been delivered after the introduction to the general public at the Paris International Airshow in June 2019.

During the handover ceremony at RAS headquarters in Mönchengladbach, Germany, Nikolaos Mavrikis, Director Special Mission Division, stated: “The Pakistan Navy has taken delivery of its second RAS 72 MPA, becoming the newest operator of RAS` latest generation airborne platform and Aerodata’s Mission Management system for anti-submarine warfare, based on the cost efficient twin-engine turbo prop ATR 72 platform. The two RAS 72 in operation provide our customer with strategic maritime dominance and endorse the defense and maritime security domain of Pakistan. Working closely with the Pakistan Navy, and based on the feedback received from the operators as well as from the naval aviators, we can clearly claim that this program has significantly extended the organization’s capabilities, modernized their fleet and endorsed the surveillance along the country’s costal border as well as in international waters”.

The variety of state-of-the-art on-board sensors enable operators and decision makers to detect and identify sensitive targets above or below the surface of the ocean, while transmitting all the information captured on-board in real-time to the dedicated command center.

The RAS 72 multirole aircraft offers unrivalled efficiency as well as operational flexibility not only for anti-submarine warfare and maritime patrol missions, but also for search and rescue and other humanitarian operations. In addition to the MPA configuration, RAS can offer the ATR 72 with a complete range of interior configurations, from pure passenger cabin and troop transport to complex customization required for VIP guests as well as a variety of cargo options.